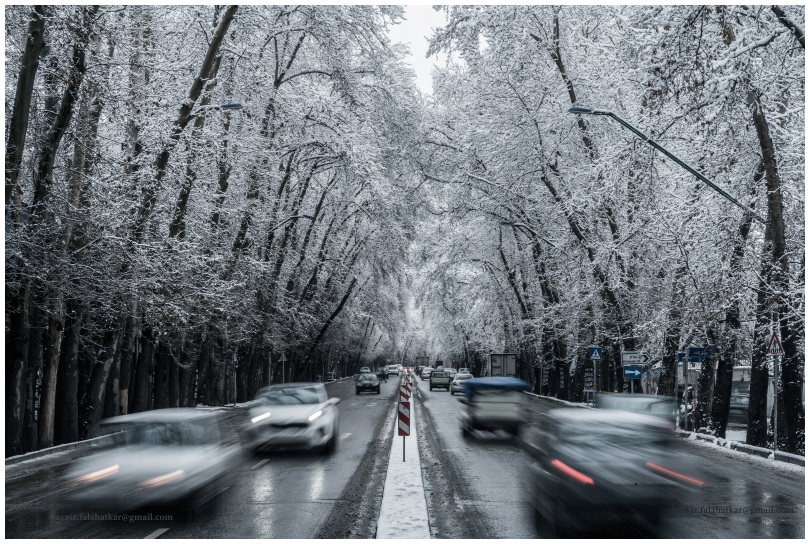 Previous Next
← previous day next day →

Valiasr Street (Persian: خیابان ولی‌عصر‎) or Pahlavi Street is a tree-lined street in Tehran, Iran, dividing the metropolis into western and eastern parts built in 1922 to 1927, considering the end of asphalt plan it ended in 1933. It is considered one of Tehran's main thoroughfares and commercial centres. It is also the longest street in the Middle East , and was reported as one of the longest in the world by former BBC (now Al Jazeera) journalist Rageh Omaar during the television documentary Welcome to Tehran.

This carries the mood of the moment so well !

Beautiful perspective with the trees in winter atmosphere !

Nice action photo in color but almost looks BW. I thought this was Paris and I'm surprised its Tehran

... and congratulations on the Spotlight!

. . and Congrats on the Spotlight !

Beautiful composition with interesting information! Congratulations on the well-deserved Spotlight!

Congratulations on your SPOTLIGHT!

A fabulous snow scene! Congratulations on the Spotlight!

love the snowy trees and the blur...